Dubrovnik – 7 reasons why it’s worth the hype 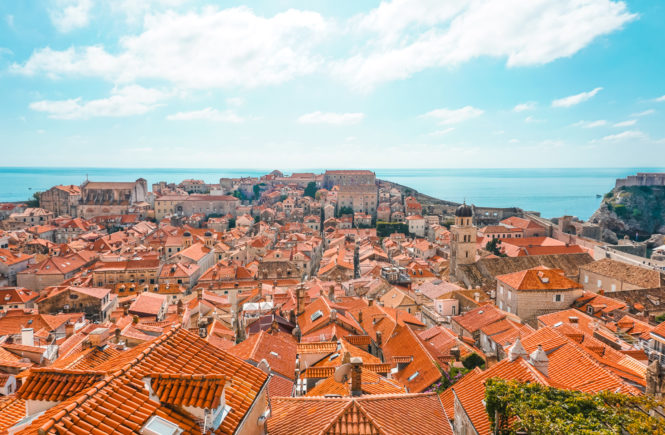 When you think about Croatia, which cities come to your mind first? Maybe Split? Zagreb? And Dubrovnik for sure. Wether you’re an experienced tourist, a fan of Game of Thrones or found about it from your friends, you would have heard about it. Dubrovnik is undoubtedly one of the most popular cities in Croatia!

Can you believe that in recent years it’s been attracting more than 1 million people every year? Sounds crazy, especially if you realise that Dubrovnik is well… a small city and the old town is limited by the famous Walls.

Dubrovnik gets extremely busy with tourists, especially during the high season. Swarmed with people, literally. You have your day-trippers, cruise shippers on tours, road-trippers and people actually staying in town. This is what I encountered when I first arrived in Dubrovnik ⬇️

And it was mid-October mind you. I had thought there won’t be a lot of people there because the high season was over, but as it turned out – I was wrong.

So why oh why do people come here, why the hype?

1. Streets of Dubrovnik are incredibly picturesque.

Narrow, cobblestone alleys are a definition of charm. And this city designed like that. It is virtually a net of alleyways, where every couple of meters you can admire another cute corner, another lovely street with flowers or laundry lines going out from the windows. And sometimes you even meet local fauna – that is dogs or cats, lots of cats.

While wandering this maze you will most likely end up not knowing which way is which, where you are and where you should go. Thank god the city is not so big, so you’re never *really* lost 😉

Quick tip: if you want to go north from the centre of the old city (especially Stradun – that wide street leading from the bell tower), to for example Buže Gate, I have to advise you that those streets consist of many steep steps.

So you have to be quite fit to go all the way up! I definitely had to catch my breath a few times, so I know from experience 😉 It is much easier to just go all the way to Pile Gate and slowly walk up and around, following the main road.

2. The architecture is stunning.

Dubrovnik is a city with centuries of history and it shows in its architecture.

… Romanesque fountains (Onofrio’s) and Franciscan Monastery, plus the symbol of the city: the 31-metre high Dubrovnik Bell Tower.

Dubrovnik’s Bell Tower (and Sponza Palace on its left)

All these pieces go so well together, although it is a disunited, diverse and a unique mix, that is hard to find in other cities in the area.

In 1979 the old city of Dubrovnik joined the UNESCO list of World Heritage sites.

The city meets the blue waters of the Adriatic Sea and being by the water always adds that special feel. So you can get a drink in one of a few hole-in-the-wall bars perched on the rocky shores and enjoy the views. They might be tricky to find, but you just have to follow the signs on the walls (‘cold drinks’) to find the literal hole in the wall!

The drinks are more expensive than in the rest of Dubrovnik, but you’re sitting on a cliff with a gorgeous view soooo…. 😉 If you fancy a swim in the meantime, you can just hop in the water to cool down!

4. It is a live museum, where you can step into history or should I say – walk on it, literally.

The best way of seeing the city is by walking the Walls of Dubrovnik. It is a definite must-do, I will tell you that!

The walls were built between the 12th and 17th century and encircle most of the old city. They are almost 2 kilometres in length, up to 25 metres in hight and 3-6 metres thick. They are very well preserved so you are able to walk almost uninterrupted the whole way. And oh what a special walk it is.

Seeing the whole city from above, the orangey rooftops and streets in between, the basketball court (yeah!), people passing by, the port and shimmering waters in the distance will give you the image that will stay with you for a long time.

But if you’re after a really spectacular view head to the Minčeta Tower in the north part of the walls and sit on the terrace. I think I spent 15 minutes there, it was just SO good.

* Pro tip for the fearless – feed your feet through the barriers and sit at the edge, facing the city. There’s nothing better than watching the world go by under your dangly feet.

The ticket to enter the walls costs 200kn, discounts are available. For more information head to the official Walls Of Dubrovnik website.

5. You will feel like on a set of Game of Thrones.

Thanks to the GoT series Dubrovnik saw its great rise in popularity and in visitors. I honestly think that some people know it only from the Game of Thrones 😉

Dubrovnik was the main filming location in Croatia for King’s Landing and there are several sites in the old city and outside the city walls that you will enjoy visiting (whether you’re a fan of the series or not). I shall introduce you to a couple of them now, but include a longer list at the end, if you’re interested in checking all of them out.

The most recognisable spot is the Jesuit Staircase

This is where Cersei Lannister’s iconic “Walk of shame” was filmed, featured in season 5. The stairs are located on the south side of Gundulic Square with a beautiful St Ignatius Church on top of it.

And – fun fact – this scene was the most expensive the film in the whole series (!) as all the vendors, restaurants and bars had to be paid full daily revenue as they stay closed during the filming.

That’s where the scene of the riots is taking place, just after the Lannisters bid farewell to Myrcella and when Jamie Lannister returns to King’s Landing after being captured.

Pile Gate always stays open and one of the very rare moments it was allowed to be closed was during the filming of GoT!

Fort’s interiors were used as the halls of the Red Keep for scenes like Joffrey’s name day tournament for example.

Btw if you’re interested in renting the fort for a wedding you can do that at the moderate price of 4,000 euros (!)

On the way up to the Fort Lovrijenac, you can see another GoT location – Fort Bokar, known from season’s 2 scene, where Tyrion and Lord Varys planned the defence of King’s Landing while looking out to sea.

And that small pier and bay in the photo above are Dubrovnik’s West Pier and Harbour, doubling as a King’s Landing Harbour and Blackwater Bay.

The Minčeta Tower (The House of Undying), Pile Harbour, Ploče Gate, Rector’s Palace and Lokrum Island (city of Quarth and also a location of – surprise surprise – the Iron Throne! And yes, you can even sit in it.)

If you would like to find out more about the filming locations you can go on one of many walking tours, taking you to all of the famous spots.

6. The sunsets are one of the best you’ll ever see.

Imagine being on the top of the hill, overlooking the city located on the Adriatic Sea coast, with small islands scattered around kilometres away, enjoying last bits of warm sun on your face, watching it disappear behind the horizon and producing a marvellous show of colours. That was my experience in Dubrovnik, one of the best sunsets I have seen in my life.

You can experience it as well, of course! All you have to do is take a cable car to Mount Šrd. The cable car departs from a lower station just outside of the eastern entrance to Old Town Dubrovnik.

They run every 30 minutes from around 9am till midnight (in the summer season) and the ride takes only 3 minutes. The round ticket costs 170kn or you can go one way only for 90kn.

For more information about the cable car you can visit the official website.

While on top you can enjoy the foods and views at the “Panorama” Restaurant & Bar, visit the Museum of the Homeland War or go on a buggy ride.

But if you go out of the cable car station, walk to the left, past the Museum and keep going further down the rocky dirt roads, you will find yourself looking at a simply gorgeous sight.

On a clear day, you can see up to 60 km! And this is also that picture-perfect spot for the sunset. You’re welcome.

7. You can experience the whole city in one day.

Like I mentioned at the beginning, Dubrovnik is a small-ish city, so it is definitely possible to see the most important attractions on a one day trip. But you have to be very speedy and organised and probably start early in the morning 😉

For a full experience, a weekend would be just right. If you’d like to visit a few islands around – make it 3 days.

My pro sightseeing tip is to go out early in the morning (8-9 am) or in the late afternoon/evening (6-7 pm) after all the day tours have left.

Dubrovnik is a city full of beauty, adventure, character and busy but peaceful atmosphere. Don’t get turned off the crowds, pick an off-season date for a visit if you can and just enjoy yourself!

So to answer the question – yes, in my opinion, it is worth the hype. 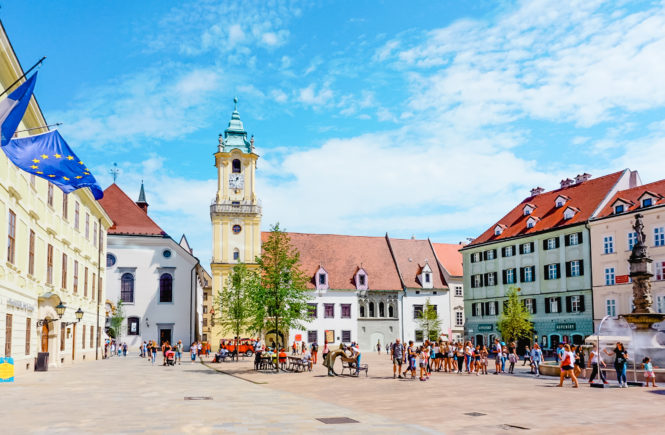 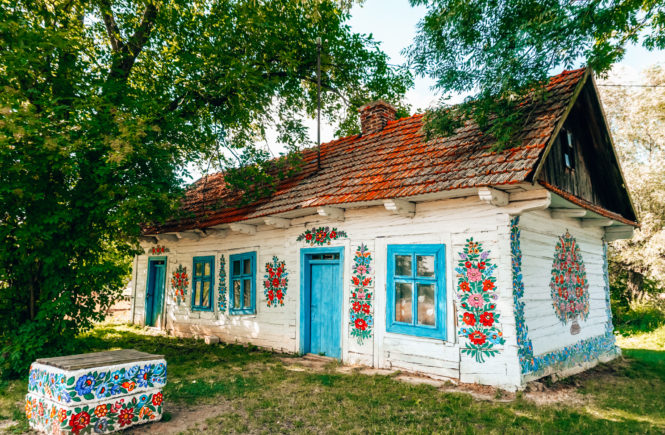 Zalipie – the most beautiful painted village in Poland 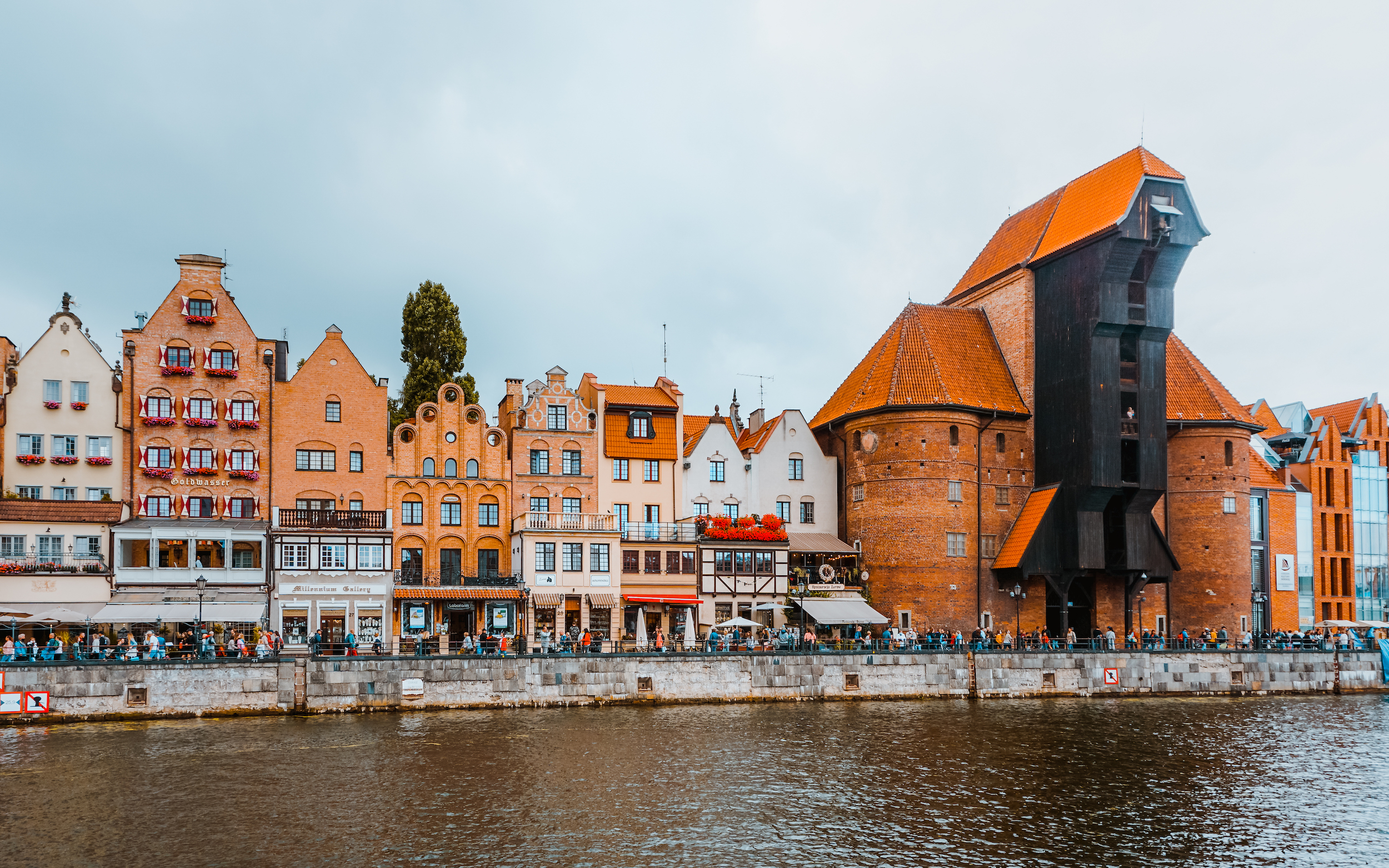 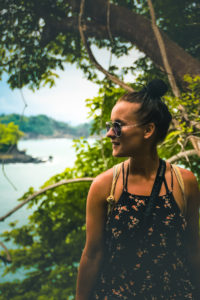 My name is Joanna and I’m a passionate traveller, yoga lover and an avid flat white coffee drinker.

Welcome to my humble corner of the internet, where I share my personal insights, experiences and inspirations of all things travel!